Is Fear Motivating You? 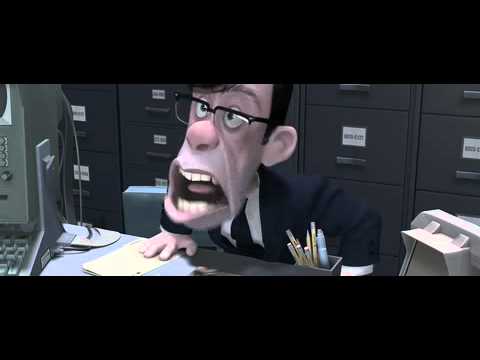 “I’m not happy, Bob!” You may remember this boss from The Incredibles movie. This is a phrase I fear: I’m not happy, Kim! I hate to admit that I am motivated by fear. Fear of someone being unhappy with me or my work.

I have tried over the years to get better at allowing someone else’s expectations to rule and reign in my mind. Yet, it remains. I have tried to rest confidently in my identity in Christ. I do know that I am a daughter of the One and Only true God.

But…sometimes this is still me: 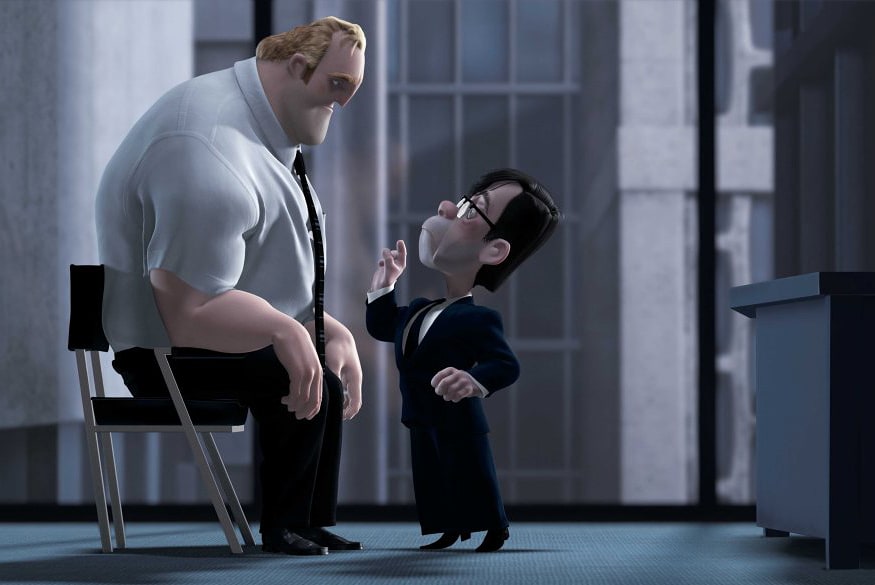 Simply worn out by fear of not being good enough. Depleted of joy not because I have a boss like this, but because I fear this type of interaction in my life. I never, ever want anyone to be anything but pleased with me. It’s absurd. I know it.

Really that little boss shaking his fist at me is…me.

I am the demanding, demeaning, overbearing boss. I used to think this behavior was my pride, perfectionism. But, as I’ve matured and grown in understanding myself through God’s eyes, I can see it for what it really is: fear. Fear of “conflict.”

If someone is not happy with me, it might lead to an uncomfortable discussion. (oh goodness, never let it be so!) It may sound ridiculous to you, but it is a very real and motivating fear for me. I’ll do just about anything to avoid it.

This morning, while studying Nehemiah, God showed me what he’d rather I do instead of fear others’ reactions. Nehemiah was the cupbearer to a king of a foreign land, King Artaxerxes, when he asked for leave to go back to Jerusalem to rebuild the city. The request alone could have cost Nehemiah his life. It could have been a very “uncomfortable” conversation. Nehemiah was justifiably “very much afraid.” (Neh. 2:2)

When the king asked Nehemiah what he wanted, Nehemiah “prayed to the God of Heaven.” (Neh. 2:4)

Later, when the people groups near Jerusalem heard those “feeble Jews” were back and trying to rebuild the glorious city, they were “furious and very angry and mocked the Jews.” (Neh. 4:2) In the face of this conflict, what did Nehemiah do?

“the God of heaven will give us success; therefore we his servants will arise and build, but you have no portion, right or memorial in Jerusalem.” (Neh. 2:20)

So there. Drop the mic. We’re done here. Conflict over?

Nope. The angry people turned into an organized mob. Nehemiah organized his people and readied them for a fight. But, he also never stopped having people rebuild the city. Some would stand, ready to fight. Others worked, with a sword on their hip.

But, the people were still afraid. Their city had no walls or gates. They were exposed, not prepared for a conflict. Nehemiah rallied the people:

“Do not be afraid of them; remember the Lord who is great and awesome, and fight for your brothers, your sons, your daughters, your wives, and your houses.” (Neh. 4:14)

Don’t fear. Instead, remember the mighty and invincible God is on your side.

When Nehemiah was later appointed their governor, he did not lay heavy burdens on the people or become domineering. Instead, he worked alongside them. (Neh. 5:14-19)

He behaved this way towards his people “because of the fear of God.” Nehemiah did not allow fears relating to other people to push him around. He prayed, acted, and then allowed a “fear of God” to govern his behavior.

I want a “fear of God” to be the only type of fear that governs my behavior. I want to pray away any fears I might have about conflict with other people. I’ll strive to remember that my Lord is great and awesome.

What can you learn from Nehemiah?