Life Changed by the Lottery? 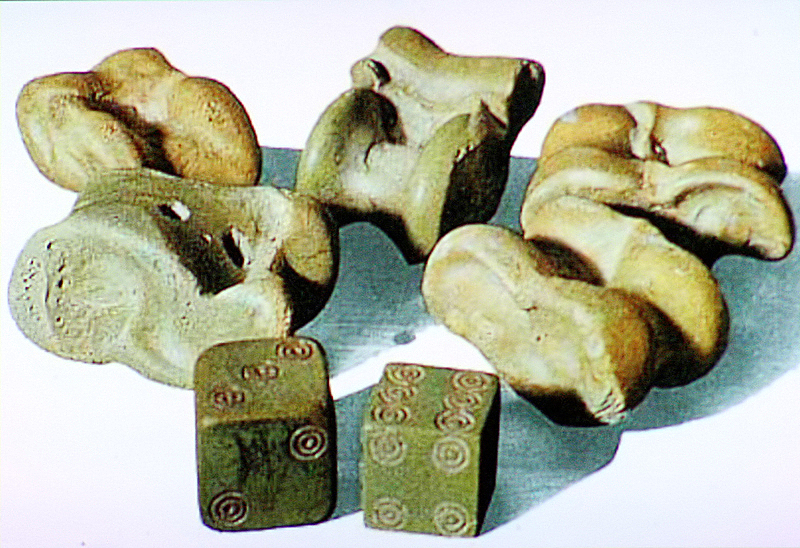 Did you play the lottery in this historic $900 million drawing? We sure did. It was fun to sit with my husband and pick some numbers to enter into the drawing. As we drew numbers between us, I was wondering how many times the Bible mentioned the casting of lots. I was struck by how this lottery craze might resemble the casting of lots.

Someone is going to win the lottery and lives will change. In a couple of hours, the numbers will be drawn … the lot will be cast… and I believe the Lord will determine who wins.

“The lot is cast into the lap, but its every decision is from the Lord.”~Proverbs 16:33

The picture above depicts “lots.” I learned the ancient Israelites used sheep knuckle bones or sticks to “cast lots.” I also learned the casting of lots was used to determine several different things. Many times in the Bible, casting lots would change lives: property division, who would serve and how, who would get tossed into the sea, etc. Lots also were cast when there was a “tie” or to settle disputes.

You can learn more about the casting of lots by going to www.Biblegateway.com and doing word searches for “casting lots” or “lot.”

After looking at all of this, Proverbs 16:33 still sticks out the most to me: God is in control. God will decide. Every decision is from the Lord. Whoever wins the unimaginable sum of money in the lottery drawing tonight, you can be sure that the Lord had His mighty hand in it.

The Lord will decide who wins the lottery. That person’s life will be changed because of God. Not because of some lucky numbers or superstitions. But because God made it so.

If YOU win the lottery tonight, how would you use the money to serve Jesus?

How about you? Where would you start?

FacebookTwitterLinkedInEmail
Posted in General
Tagged with